Democracy is Not Our Friend

When I was young I was a Democracy fanboy. Over time I realised that one reason for that was that it was Utopian. It was the end of history, when people would settle all their disputes. Another reason was that it seemed to work. at the same time, growing up I heard much criticism of Politicians and Government.

Here was were my cognitive dissonance was quite active, I agreed that Australia's two major political parties were really the same, disagreeing on very little At the same time I did not lose my faith in Democracy. But if there is no difference between the two major parties in a two party system then how is that Democracy?

Democracy is rule by the people, but how much do the people actuality get to decide?

We cannot choose who gets to run for Parliament.

No, those decisions are made for us by other people. We do not even get to vote on the major issues. Immigration is about the biggest issue there is apart from War. On Monday 28th July 2019, Senator Pauline Hanson was voted down when she asked for a Plebiscite to be held to ask the question "Is Australia's Immigration levels too high?"

54 voted against the proposal and 2 voted for it!

2 Senators, both from One Nation and including Senator Pauline Hanson voted yes. 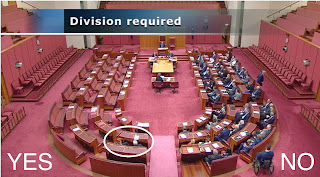 The reality is that there is no Democracy, we don't rule. Instead they ignore us and go ahead with their own agenda.

Liberalism versus the Working Class

Liberalism versus the Working Class Today there is a class biases in nearly everything Liberalism does and says. Classical Liberalism had...