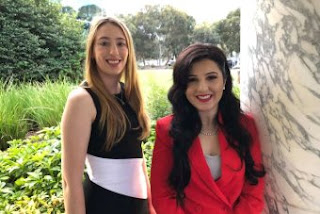 The City of Whittlesea's deputy mayor, Alahna Desiato, and mayor, Emilia Lisa Sterjova, are being sacked along with the rest of the councillors.

Whittlesea is a local government area just north of where I live in Melbourne's north, it's where I grew up. It was multicultural before the term was even invented. Currently the Victorian state government is in the process of sacking the council and appointing an administer to run the council. This is a safe Labor area so it fulfills the two basic requirements for a local government to get the sack. It's Labor controlled and it's multicultural.

It's so bad that it's being sacked by a Labor government.

Local government is not supposed to be party political, in reality it totally is.


Legislation has been introduced to State Parliament today to dismiss the council due to serious governance failures revealed by municipal monitor Yehudi Blacher.

Local Government Minister Adem Somyurek said the people of Whittlesea had every reason to be disappointed in the council.

"The monitor has found that an intractable toxic culture has developed of infighting and division and internal bickering, which has led to the total collapse of governance at the Whittlesea City Council," Mr Somyurek said.

This the third council in Victoria to be sacked in the last 10 months. In the City of Casey, one of the Councillors has fled to Egypt, well why not it's his real country.


Upon Hope Blog - A Traditional Conservative Future
Another Article You Might Like?
Left Or Social Liberalism
Posted by Mark Moncrieff at 23:30